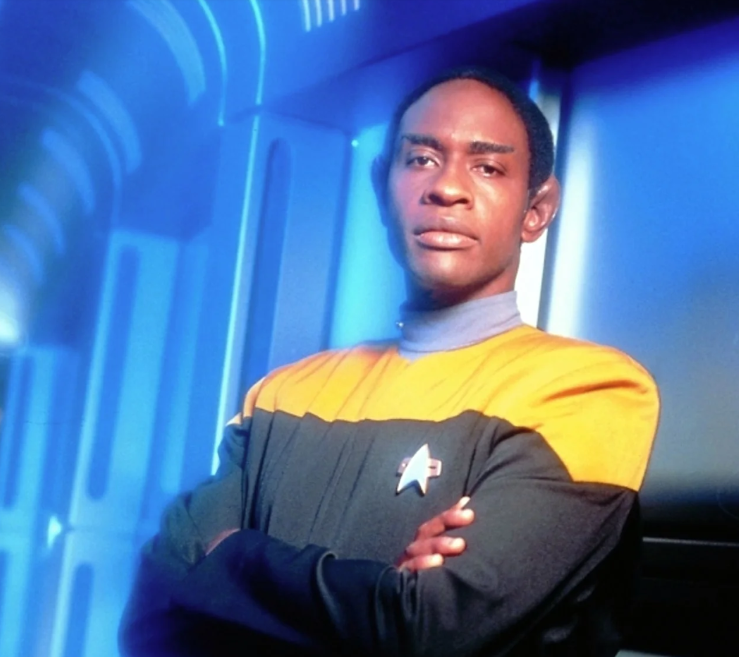 Tim Russ has been working as an actor, director and musician for the past thirty-five years.  His talents encompass a wide spectrum of the performing arts including composing, musical performances, writing, producing, directing, and voice-over.

Mr. Russ was born in Washington, D.C., to Air Force officer Walt and his wife Josephine. He and his younger siblings Michael and Angela grew up on several military bases, including Niagara Falls, Elmendorf (Alaska) AFB, Omaha, Taiwan, Philippines and Turkey.

During these moves around the world, he graduated from Izmir High School in Turkey, and received his diploma from Rome Free Academy in Rome, New York. Later, he attended Saint Edwards University and earned a B.S. in Theater Arts but continued his studies with a full scholarship to continue theatre studies at Illinois State University.

Mr. Russ has also entered the TV/Film directing arena with credits including,  “STAR TREK: VOYAGER,” "STAR TREK: RENEGADES,"  “THE FBI FILES,”  and the feature films, “STAR TREK: OF GODS AND MEN,” and “NIGHT AT THE SILENT MOVIE THEATRE," and the award winning web series, "BLOOMERS."

Mr. Russ received an EMMY AWARD for his directing of several commercials for the FBI, and directed a feature film in 2016 entitled, "JUNKIE."

When not acting, Russ finds time for music and film producing. Songs sung by Tim Russ are available on the CDs "Only a Dream in Rio", "Tim Russ", "Kushangaza" and "Brave New World".