Rekha Sharma is a Canadian actress who portrayed Ellen Landry, as well as Landry's mirror universe counterpart in Star Trek: Discovery. Prior to this, she appeared as Avi Samara in the fan series Star Trek Continues. 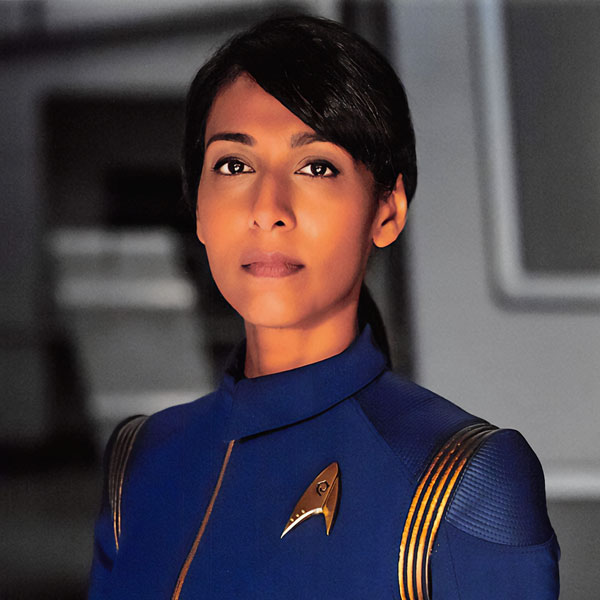 Rekha Sharma was born in Vancouver, Canada, to parents of North Indian descent. Both her father, a Hindu priest, and her mother were from the state of Uttar Pradesh in India before they relocated during the British period. The family resettled in the Fiji Islands before moving to Canada. She has a brother, Sunil, who is nine years older.

Ms. Sharma started pursuing acting as a career in her 20s. She has stage experience and has also appeared in television series such as Da Vinci's City Hall, House M.D., The Lone Gunmen, Smallville, Supernatural, John Doe, Dark Angel, The Twilight Zone, Sanctuary, Hellcats, The Listener, Star Trek: Discovery, Battlestar Galactica, Star Trek Continues and the 2009 re-imagined television series of V. Ms. Sharma was also part of the cast of Star Trek Continues the American fan-made web series set in the Star Trek universe.  She is perhaps best known for her portrayal of Tory Foster on Battlestar Galactica and as Ellen Landry on Star Trek: Discovery.

She also appeared in the movies The Core, Tasmanian Devils, and Aliens vs. Predator: Requiem.