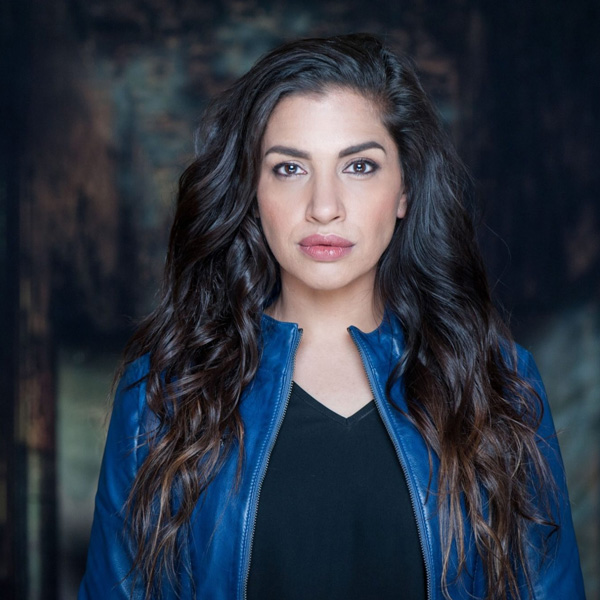 Rachael Ancheril can be seen on Star Trek: Discovery, as she recurs as Commander D. Nhan in the second, third and forth seasons.

Born in Toronto, Ancheril began her acting career over a decade ago, appearing in indie films like Circuit 3: The Street Monk (2006) and Cycle of Fear: There is No End (2008), before making a career mostly in television roles.

In 2013, she became a Series Lead in the Canadian police series Rookie Blue, playing the character Marlo Cruz in the fourth, fifth, and sixth seasons of the show.  After leaving the series in 2016, she guested in two episodes of Heroes Reborn (with Nazneen Contractor, Greg Grunberg, Raven Dauda, and Phi Huynh), and appeared as a regular in the second season of The Art of More (with Matt Frewer and Conrad Pla).

In 2018, she was a Guest Star in Dark Matter and returned for several episodes as the evil twin "Gretta" to the well received "Blacksmith" on Wynonna Earp (with Katherine Barrell and Patrick Kwok-Choon)

In 2019/20, she was a Recurring Guest Star in the final season of the well-loved sci-fi show Killjoys playing Warden Rennika, and appeared as a series regular in the final season of Mary Kills People (with Grace Lynn Kung), playing the joyful yet terminal patient, Lucy Oliviera. She also had the pleasure of playing the comically dramatic Camille DeMello on Carter with Jerry O'Connell.

In 2021, Rachael joined the team of Nurses for their second season, airing on GlobalTV.

She also guested in shows like Dark Matter (with Andrew Moodie) and Taken (with Sean Connolly Affleck).