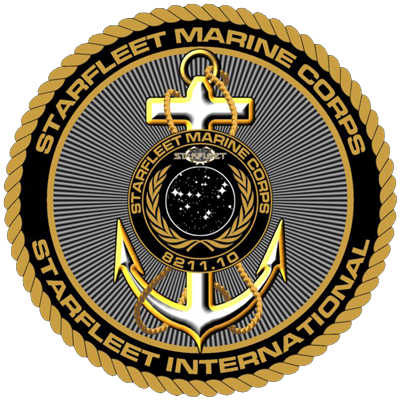 WELCOME TO THE STARFLEET MARINE CORPS

Fictionally, the SFMC is part of the Ground Forces that are rarely seen in the episodes but are assumed to be a part of the Naval Fleet of the United Federation of Planets.

Some STARFLEET members are Marine Reserve. These are members who are active in the naval portion of the Fleet AND with the Ground Forces area as well. Occasionally you may find a STARFLEET Marine who is or was active military, but this is not a requirement to be in the Corps.